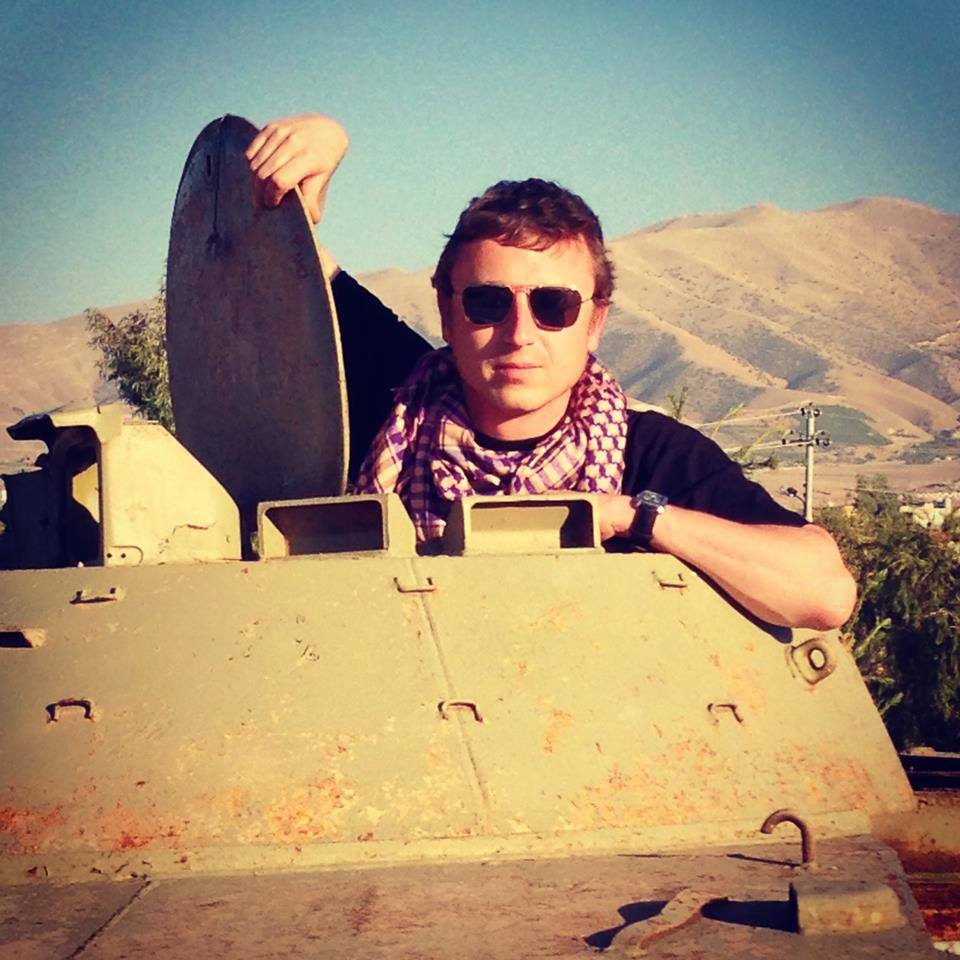 Jan Miko is an artist of a generation, who has significantly influenced Street Art and Graffiti. His paintings are inspired by street culture and the city suburbs where he grew up and inevitably became a part of. His first paintings “on the wall“ are dated to 1994.

From his first exhibition it became apparent that his art was definitely not for the eyes of a simple viewer – club Mecca, cooperation at Art safari (7.,9.,10.,11.) In addition to Prague, he also worked abroad in Amsterdam, Paris and Warsaw.

In the earliest days of Czech Street Art, Miko cofounded a group PGINT (Radeq Brousil + Jan Miko). This group smoothly moved to street art from graffiti and received high acclaim. He is also an active member of various art groups at once. One such group is a progressive and plastic theatre Spitfire Company, who have performed in several theatres in Prague as well as foreign theatres (Palác Akropolis, Hala C, Zagreb, Tczew, Amsterdam, Lublaň, Roma). The group achieved great success at the International Theatre Festival Zdarzenia in the Polish city of Tczew – Gdaňsk, where they won the Grand Prix, as well as participation at the World Festival Fringe in Amsterdam. There Miko performed his solo performance piece called “One-man show”.

From 2004 onwards Miko was an assistant of MgA. Vít Soukup Phdr. Two years later he became a student of painting at the Academy of Arts in the studio of Stanislav Divis. Following the tragic death of Vít Soukup, he produced a series of paintings titled “Vomiting” as a reaction to this period in his life.

His most notable projects of recent years are his joint and solo exhibition at the International Festival of Zero Point, 2009. He also earned considerable critical acclaim, from the public and media alike, following his participation in the art fair Art Prague 2013, where he presented his phosphorescent images. These groundbreaking pieces were created using a special mixture of colours, which Miko worked on for half a year. With no exaggeration, this new technique created a shift from conventional painting “oil on canvas” for “AAPM on the canvas.” (AAPM is an abbreviation of acrylic, aerosol, phosphorus and metallic colours).

Most recently, Miko worked in Iraq as part of the socio-documentary project entitled “One Blood Project”. The project aimed to discover and explore the connections between Czech and international street culture. His cooperation was namely with the young graffiti artist Bahman.